How does the sight of an emoji make you feel? Does it give you a big :) or make you :(, yearning for the return of actual words to capture emotions?

Both a modern form of hieroglyphics and the first original language developed in the digital age, love them or hate them, emojis are here to stay. Created by interface designer Shigetaka Kurita back in 1999, these pictograms, logograms, ideograms and smileys soon became a much-loved feature of Japanese mobile phones and it wasn’t long before the rest of the world caught on to the trend – especially with the rise of mobile phones and smart devices. Some of you may even remember typing them out before they were given character – open bracket, em-dash and a colon was the perfect way to send someone a smiley.

Why are emojis so popular? We believe it’s because sometimes words can’t tell the whole story – especially in text-based communication, which can so often be misconstrued – and the way they add extra elements of humour, warmth and personality to simple text messages. They also break down the language barrier and translate across different cultures – especially since 2014 as they have diversified to represent and reflect more races, cultures, genders and beliefs than ever before, making them more reflective of the world we all live in. 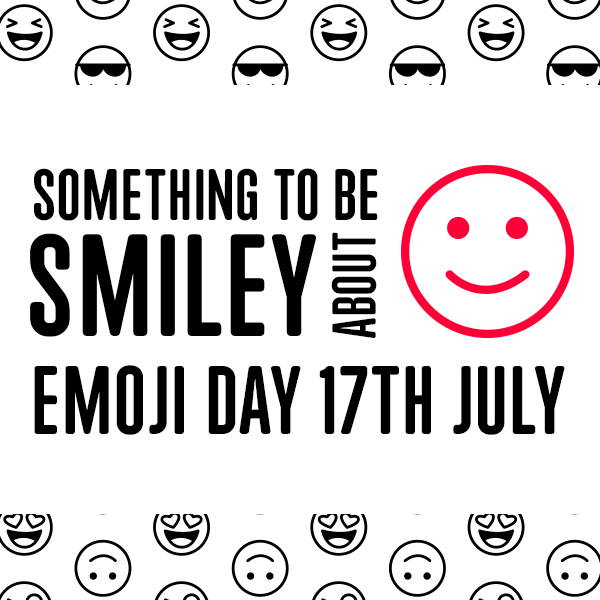 Emojis really have captured the hearts of the world and it’s not uncommon to find them cropping up in more formal presentations. They’re also a staple of popular culture… How many items of clothing have you seen inspired by them? A musical also debuted in Los Angeles in 2016 and The Emoji Movie arrived in cinemas the year after. You can even see Shigetaka Kurita’s 176 original designs on permanent display in New York’s Museum of Modern Art.

Obviously, smartphones have played a huge part in the success of emojis and we all know how important they are to everyone’s lives. Tech21’s protective phone cases (collections/protection) are ready for all kinds of everyday scrapes and will help put a  on your face when it comes to keeping your tech safe.

FUN FACT: Emoji translates as ‘picture character’ – the resemblance to the terms ‘emotion’ and ‘emoticon’ is simply a happy accident.